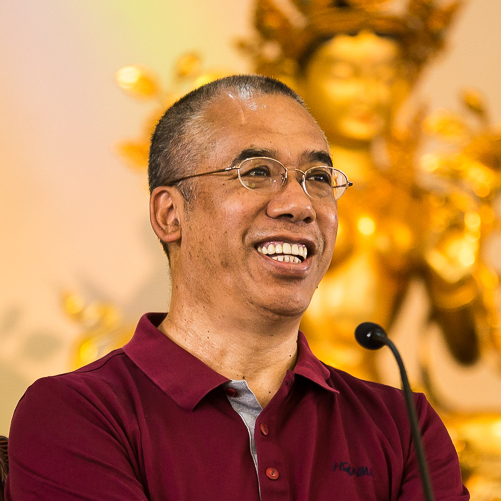 Acharya Lama Tenpa Gyaltsen was born in Nepal and entered the monastery at age thirteen. In 1981, Lama Tenpa and Dzogchen Ponlop Rinpoche enrolled in the first class of Rumtek Monastery’s Karma Shri Nalanda Institute in Sikkim, India. Lama Tenpa completed his studies with an Acharya degree in 1991. Following his graduation, he taught Buddhist philosophy at the institute for two years. Under the guidance of Khenpo Tsültrim Gyamtso Rinpoche, he then entered a three-year retreat in Pullahari, Nepal.

From 1997 to 2004, Lama Tenpa Gyaltsen was the resident teacher at H.H. the 17th Karmapa’s Theksum Tashi Chöling Center in Hamburg, Germany. Since 1998, Lama Tenpa has also been one of the main teachers at Nitartha Institute. Acharya Lama Tenpa Gyaltsen is a professor of Buddhist studies and Tibetan language at Naropa University in Boulder, Colorado, and teaches regularly at Nalandabodhi centers around the world.